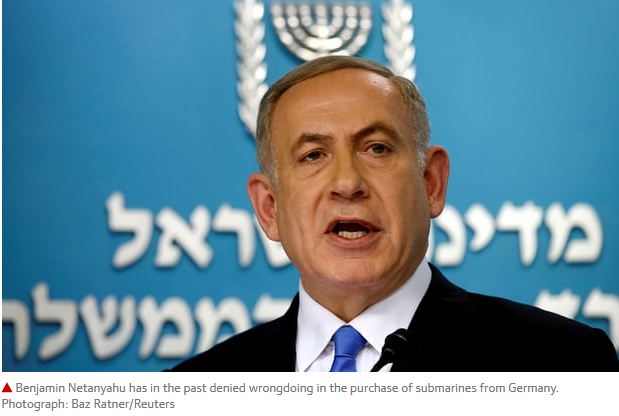 If you don’t think Netanyahu is a diabolical character whose primary purpose is to create chaos in the Middle East and much of the world, then think again. He actually was pushing the United States to attack Iran last Sunday. “In the meeting Netanyahu was advocating hitting Iran,” we are told. “Pompeo did not commit either way.” Even Saudi Crown Prince Mohammed bin Salman, of all people, was “very nervous” about the plan.[1]

Salman had good reasons to be nervous because he knew Biden, as soon as he walks in the White House, would not stand for such an essentially Talmudic activity. The Iranians also told Salman that Biden will not protect Saudi Arabia if they happen to be on board with the Israelis:

“They are telling Saudi that you will pay the price for anything that happens to us. MBS knows that if Trump attacks the Iranians, Saudi will not get US protection from Biden.”[2] One source declared:

“MBS is living his worst days since he became crown prince. His main concern is Biden. He feels this administration will be hostile to him and with the world not forgetting all that he has done, the murder of Jamal Khashoggi, the imprisonment and mistreatment of women activists, he really does not know what to do.”[3]

MBS is worried that Biden will avenge the death Jamal Khashoggi, the Washington Post journalist who got assassinated by the Saudis. The Trump administration also supported the death of Khashoggi. It was rumored that Jared Kushner gave the Saudis permission to arrest Khashoggi.[4]

Kushner himself was having numerous private conversations with the Saudis after the death of Khashoggi.[5] To make things worse, Trump even went on record saying that even if the US found out that the Saudis were behind the assassination, the US would still be doing business with the terrorist state. Trump responded by saying,

“Our relationship is with the Kingdom of Saudi Arabia. They have been a great ally in our very important fight against Iran. The United States intends to remain a steadfast partner of Saudi Arabia to ensure the interests of our country, Israel and all other partners in the region.”[6]

Now, does anyone doubt which side Trump was on? Was he really with decent people like Iran, the very country that has never invaded a single country in the last two hundred years or so? Does he really think that Iran the main villain in the Middle East? Or could it be that Trump has been a puppet since the beginning of time? As former CIA analyst Philip Giraldi has recently put it:

“Much of the bad decision making by Trump is derived from his having bought into the Israeli view of Iran, which, in reality, does not threaten Americans or U.S. interests.”

In our next article, we will review Obama’s recent book, A Promised Land, particularly the last chapter. Unlike Trump, Obama challenged Netanyahu and essentially told him that he was tired of his political maneuvering. Netanyahu is smart enough to realize that Biden could be Obama reincarnate. Therefore, Netanyahu is doing everything he can to kill any peace deal with the Iranians

Biography
Jonas E. Alexis
Jonas E. Alexis has degrees in mathematics and philosophy. He studied education at the graduate level. His main interests include U.S. foreign policy, history of Israel/Palestine conflict, and the history of ideas. He is the author of the new book Zionism vs. the West: How Talmudic Ideology is Undermining Western Culture. He is currently working on a book tentatively titled, Kevin MacDonald’s Abject Failure: A Philosophical and Moral Critique of Evolutionary Psychology, Sociobiology, and White Identity. He teaches mathematics in South Korea.
Logoswars1@gmail.com
ATTENTION READERS
Due to the nature of independent content, VT cannot guarantee content validity.
We ask you to Read Our Content Policy so a clear comprehension of VT’s independent non-censored media is understood and given its proper place in the world of news, opinion and media.

All content is owned by author exclusively. Expressed opinions are NOT necessarily the views of VT, other authors, affiliates, advertisers, sponsors, partners or technicians. Some content may be satirical in nature. All images within are full responsibility of author and NOT VT.