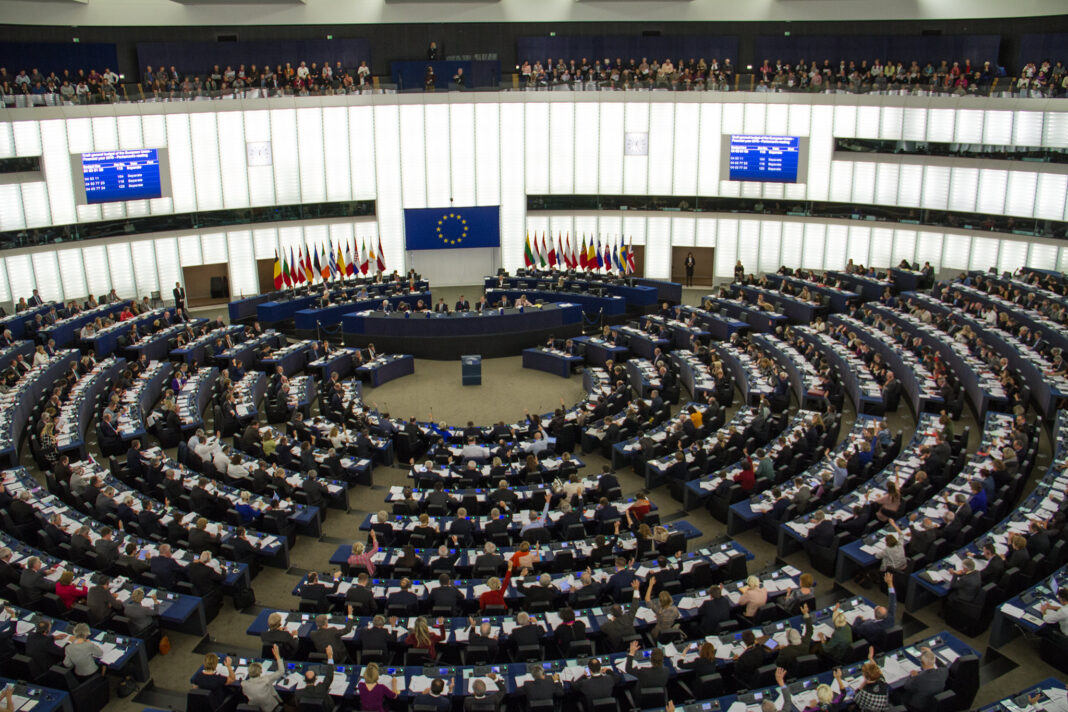 When the Swedish school authority recently wished to reduce the subject matter in time for history and allow the teaching to start at the year 1700, their actions were met with vigorous protests. Many people wanted to retain the Middle Ages and Antiquity in order to retain the historical perspective.

However, what was generally swallowed without protests is the quality reduction that has taken place, especially with regard to modern history, while the teaching, figuratively speaking, has moved out of a school hall with windows out into the world and placed it in a corridor that is one-way heading and poorly lit.

The dignitaries who meet in the Bilderberg group and put up the great guidelines for humanity could for a few years now find it delighting to note that the control over education has been strengthened. ”They want to allow the one-world globalists to sterilize the true past of the world. Their efforts bear fantastic fruit… Today´s youth are almost completely ignorant of the lessons of history…From the point of view of the globalists, this fact simplifies the curriculum.” The quote is taken from Daniel Estulin´s book about the Bilderberg-group, the group that works with rolled up sleeves to eliminate history knowledge as well as to limit the influence of religion. The darkly stated purpose would be that people who undress their history and religion could more easily be treated as dehumanized commodities in a global system.

But why this policy? Well, historical consciousness has always been just as despicaple among globalists as it has been cherished in the camps of nationalists. Already the terms globalist and nationalist express this difference. For the globalist, there exist no national borders and therefore no need to study what is different in terms of historical and religious development. So they want to get people to drop the compass and in this way make them more usable as commodities. And the Bilderberg group, as well as the Trilateral Commission and the Club of Rome constitute a globalist avant-garde. For them, the nationalists exist only as hate objects. This has been the case since the beginning of the 20th century.

But one does not settle for the goal of raising young people,”who are almost completely ignorant of the lessons of history learning.” They also want what little they learn to be, ”a sterilized form of the world´s past,” thus strict learning corridor without access to history´s learning rooms.

On September 19, 2019 in Strassbourg, the European Parlament passed with 535 votes in favour and 66 against a ”Joint Motion for a Resolution,” which established the history description concerning primarily the 20th century as the absolute norm for all time. The resolution could have just as well been written at a Bilderberg meeting, but was in fact developed by a group of agenda historians who worked on the basis of a political dictation.

The resolution was titled; ”On the Importance of European Remembrance for the Future of Europé, ”The document stated amongst all: ”Stresses that the Second World War, the most devastating war in Europés history was stared as an immediate result of the notorious Nazi – Soviet Treaty on Non-Aggression of August 23, 1939, also known as Molotov-Ribbentrop Pact, and its secret protocols.”

A peace treaty between Hitler and Stalin would thus be the cause of a devastating major war. Here we are apparently dealing with quasi-historians who are completely ruled with the bridle and rein of equally controlled politicians. Not a word that, even before he became a Presidend, Franklin Roosevelt promised to crush Germany, and that as President he did everything possible to achieve that goal. Nothing that Poland´s army chief in the summer of 1939 could say: ” Poland wants war against Germany and Germany will not be able to avoid it, even if they want to.” Or Winston Churchill´s words on September 3: ”This is England´s war and the aim is to crush Germany.” France was so worked up by USA´s top diplomat Bullitt that it was unable to resist USA war propaganda. Meanwhile, Hitler did at this time what he could to establish a non-aggression pact with Poland´s Foreign Minister, Beck, when it failed, he turned to Stalin.

That the Soviet is considered a trigger for a major war is likely to be seen as a rash of Russiophobia – all to conceal the devastating all-overshadowing American objective dictated by Zionist forces. ” Our jewish interest demand the ultimate annihilation of Germany,” W. Jabotinskyi, founder of the terror organisation, Irgun. No, if they wanted to determine with authority the causes of the Second world war, it would naturally have begun by mentioning the dictates of Versailles. To then go on to account for the declaration of war that the Zionist World Society delivered at its March 1933 conference, ” Judea declares war on Germany.” It was a declaration of war with power and authority because the USA unreservedly support it. From this point of view, during the next few years, with energy, Hitler was shot in front of the pending disaster that would mean, ”that Germany would be completely destroyed,” to quote the words of the zionist president, Samuel Untermayer.

But if you are still so nailed to the establishment´s image of Hitler as a warrior that you cannot accept the explanations I have given above, then it is very difficult to get past the role of England and France in the context. The Second World war did not start with German troops entering Poland to take back Danzig, who had been deprived of Germany 20 years earlier. The war became a World war when England and France, on USA´s order, declared war on Germany September 3, 1939. There was no reason for this. Germany had not threatened or shown an interest in aggression against these countries.

Second World War was mostly a creation of President Franklin Roosevelt and his massiv staff of jews.

Equally frightening is the fact that the European Parlamentarian´s knowledge of history has obviously been annihilated, if it ever has existed. This means that those who will lead Europ`s destiny into the future could as well be replaced by zoombies. Yes, maybe not really, because here these parlamentarians have also taken on the task of equipping our young people with shadows and guiding them with a whip if they deviate from the ”true” path by starting to explore reality themselves. In this way, they kill the interest in history that naturally arises in young people in a democratic society. In Brussels they spend time to underminate the cornerstone for democracy, which Correkt History forms.

You will find more of this historical revisionism in my book, ”They Created a Bloody 20th Century

The Jewish state’s Jewishness reflected in a return visit