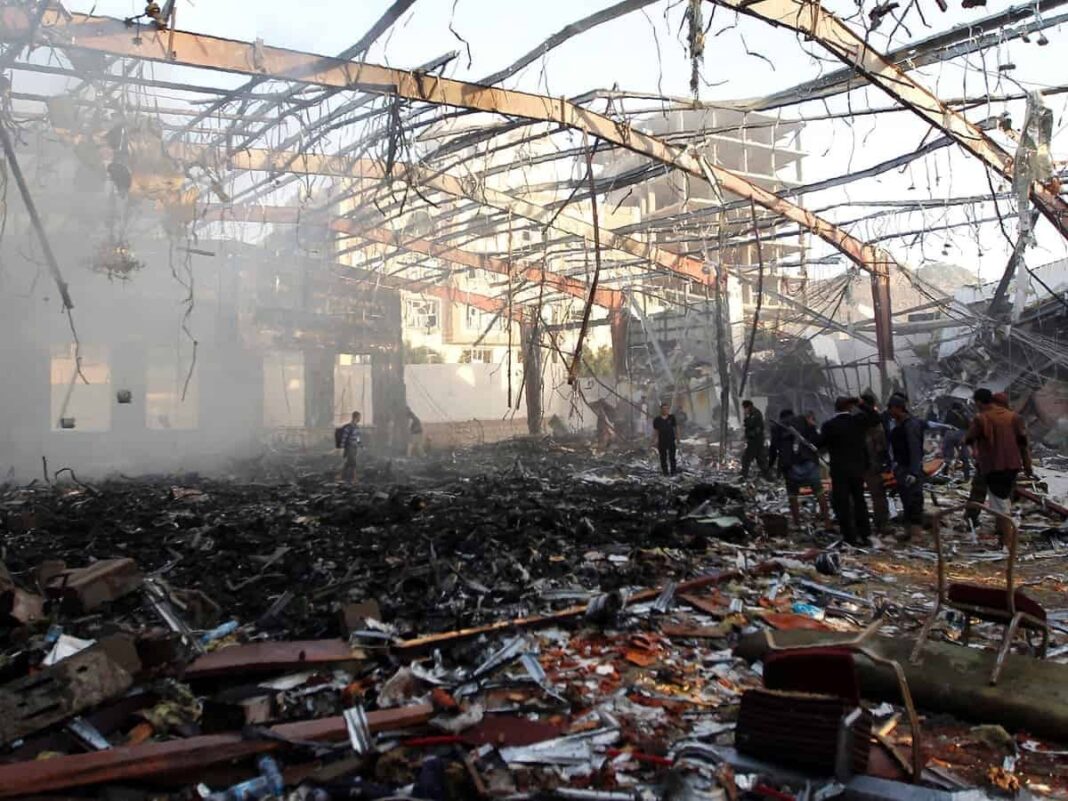 So much for “defensive” operations only

The Biden administration has finally clarified the extent to which it is still supporting Saudi Arabia’s military in Yemen.

In comments to Vox, Pentagon officials admitted that the US is still maintaining Saudi Arabia’s warplanes by using contractors. The US could cancel the contracts at any time, which would effectively ground the Saudi Air Force, ending the vicious bombing campaign that has been raging since March 2015.

“The United States continues to provide maintenance support to Saudi Arabia’s Air Force given the critical role it plays in Saudi air defense and our longstanding security partnership,” a Pentagon spokesperson told Vox over the weekend.

The maintenance is done through the Pentagon’s Foreign Military Sales program, which means Saudi Arabia pays the US to provide contractors that can maintain the warplanes.

The admission comes over two months since President Biden said he was ending support for Riyadh’s “offensive” operations in Yemen. Vox reporter Alex Ward asked Pentagon spokesman John Kirby on Monday if the planes that the US is servicing could be used for offensive operations in Yemen. Kirby admitted that the “maintenance support for systems could be used for both” offensive and defensive operations.

Biden’s special envoy to Yemen, Tim Lenderking, claimed to Congress last week that he was not “in the information loop” on how much support the US is giving the Saudi-led coalition. Later in the week, Gen. Frank McKenzie said the US was not providing intelligence or logistics for Saudi operations inside Yemen and that his role consisted of warning Riyadh of imminent Houthi attacks when he can.

Besides continuing to maintain the Saudi Air Force, the Biden administration has given Riyadh the political cover to continue enforcing the blockade on Yemen. Biden officials have claimed that Yemen is not under a blockade, even though Saudi warships are preventing fuel shipments from docking in the port of Hodeidah, which makes it impossible to deliver food to Yemen’s starving civilian population.

The State Department tried to shift the blame to the government of exiled Yemeni President Abdrabbuh Mansour Hadi, who the US claims is choosing to deny the entry of ships to Hodeidah. But much like the Saudi Air Force, the Hadi government would have absolutely no power if not for foreign support. Hadi has been living in Saudi Arabia since 2015.

The UN is warning that if conditions don’t change, 400,000 Yemeni children under the age of five will starve to death in 2021 alone. Despite the grim statistics, President Biden is choosing to maintain a good relationship with Saudi Arabia and is putting no pressure on Riyadh to make a sincere effort to end the war.