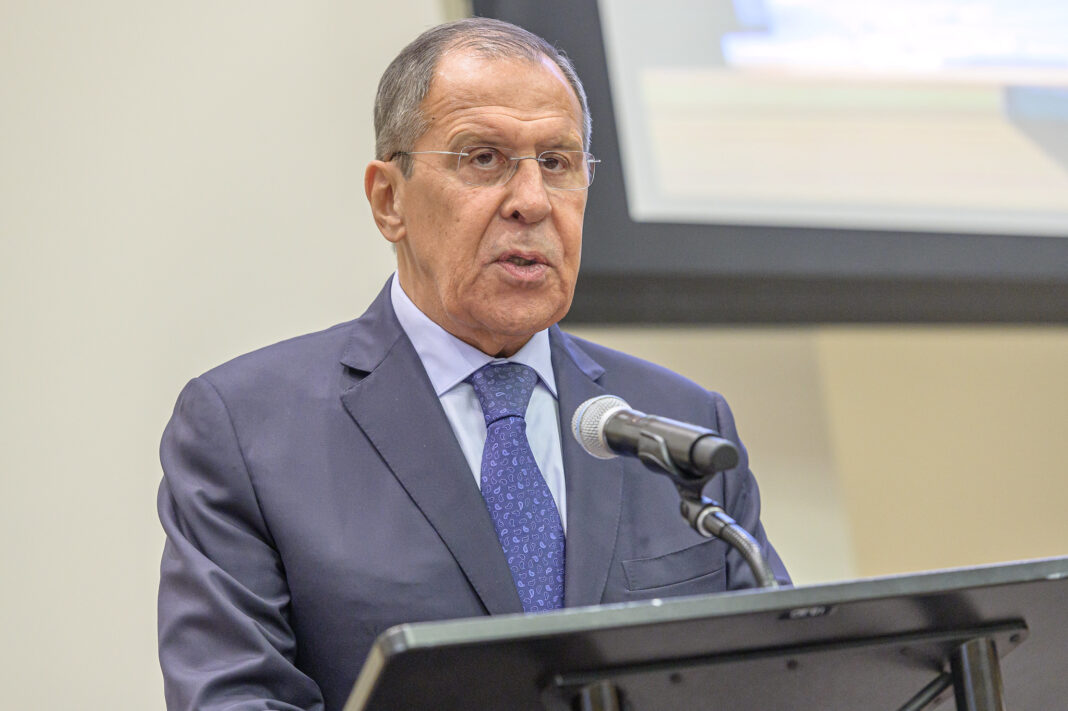 The British establishment likes to boast that they “punch above their weight” in terms of influence beyond their territorial size. It’s not hard to see how they manage such a feat. It’s called duplicity, intrigue, lies, and dividing and ruling.

Britain is fomenting a diplomatic crisis between the European Union and Russia, according to Russian Foreign Minister Sergei Lavrov. Evidence and precedent indicate Lavrov has his sight well-trained.

The British establishment’s notorious ability for machination and intrigue – hence the ancient moniker Perfidious Albion – can be seen as stirring the escalating row between the European Union and Russia in which diplomats are being expelled pell-mell.

This week, Russia ordered the withdrawal of representatives from Estonia, Latvia, Lithuania, and Slovakia. That came in response to the expulsion of Russian diplomats from those countries. Russia has also ordered home more diplomats from the Czech Republic. Poland and Italy have also been caught up in diplomatic antagonism with Moscow.

The row blew up last week when the Czech Republic accused Russian state agents of being responsible for twin explosions on its territory back in 2104. The blasts caused the deaths of two workers at an ammunition depot near the village of Vrbetice close to the border with Slovakia. Until recently, the Czech authorities had concluded that the explosions were an industrial accident.

What prompted the Czechs to revise their ideas and to now blame Russia for sabotage is the interpolation of Britain in providing “new information”. Specifically, it was the MI6-sponsored media group Bellingcat (a so-called private investigatory agency) which appears to have furnished the disinformation which purports to show the involvement of Russian military intelligence (GRU). Incredibly, the British claim their “evidence” shows that two of the GRU agents were also the same individuals who were alleged to have been involved in poisoning the Russian traitor-spy Sergei Skripal in England in 2018. The British claim to have passport information to support their claims, but such methodology is rife with forgery – a black art that the British are all-too skilled at.

On leveling the accusation against Russia, the Czech Republic then ordered the expulsion of 18 Russian diplomats. Moscow responded angrily, saying that the claims of sabotage were a “dirty fabrication” and pointing out that Prague did not provide any information for verification. Russia took swift reciprocal action by banishing 20 Czech diplomats from its territory.

However, the row continues to flare with the Baltic states entering the fray by banning Russian officials in “solidarity” with the Czech Republic. The move by the Baltic states is predictable as they are supercharged by anti-Russian political sentiment. It’s a case of any excuse for them to inflame relations.

The dispute comes at a fraught time when the European Union is discussing imposing more sanctions on Russia over wider concerns about the conflict in Ukraine, the imprisonment of blogger Alexei Navalny and a Russian security crackdown on Navalny’s shadowy Western-backed “opposition” network.

The skirmishing over diplomats is a convenient way to further damage relations between the EU and Russia, especially as the strategically important Nord Stream-2 gas pipeline project nears completion – a project that Washington wants to eviscerate for its own selfish commercial reasons. Uncle Sam’s junior partner Britain may be obliging in that regard and thus trying to curry favor for garnering an American trade deal in the post-Brexit world.

Certainly, Russia’s top diplomat Sergei Lavrov is clear about the stealthy British hand in recent events. In a media interview this week, Lavrov mentioned the United Kingdom in wary terms, saying: “As far as the relations between Russia and Europe are concerned, I still believe that the UK is playing an active and a very serious subversive role. It withdrew from the European Union, but we see no decrease in its activities on this track. On the contrary, they are trying to influence EU member states’ approaches to Russia to the maximum possible extent.”

It should be recalled that Britain has played a starring duplicitous role in demonizing Russia and poisoning international relations.

It was Bellingcat (MI6) that pushed the narrative that Russia was complicit in the shooting down of the Malaysian airliner in 2014 over Eastern Ukraine with the loss of nearly 300 lives. Based on British “evidence” (which has been debunked as fabrication), a Dutch investigation into the disaster has accused Russia. That affair has hardened European prejudices against Russia which has fomented the imposition of sanctions.

It was a former British MI6 operative Christopher Steele who was instrumental in promoting the Russiagate dossier around 2016 which destroyed bilateral relations between the United States and Russia, and which continues to fuel fabrications about Moscow’s interference in American and European politics (even those Steele’s “dirty dossier” is a risible load of rubbish and has been debunked).

And it was the Skripal saga in Salisbury in March 2018 which Britain hatched to further poison international relations with Russia. That saga – with no proof against Russia – has become a concocted “standard proof” for the subsequent saga of “poisoning” the blogger conman Alexei Navalny. Western governments and media refer to the “Kremlin plot” to kill Skripal as “evidence” for another “Kremlin plot” to assassinate Navalny. This is tantamount to one fiction being used to prove another fiction. The same saga is now feeding into the Czech explosion row. And it all comes back to the devious ingenuity of Perfidious Albion.

Foreign Minister Lavrov added a further incisive comment on the role of Britain. He said: “At the same time, you know, they send us signals, they propose establishing contacts. This means, they do not shy away from communication [with Russia], but try to discourage others. Again, probably [this can be explained by] their desire to have a monopoly of these contacts and again prove that they are superior to others.”

The British establishment likes to boast that they “punch above their weight” in terms of influence beyond their territorial size. It’s not hard to see how they manage such a feat. It’s called duplicity, intrigue, lies, and dividing and ruling. Perfidious Albion par excellence.